The following letter has been sent to Lincolnshire County Council's Head of Libraries and Heritage:-

Re: Proposed changes to library provision in Lincolnshire

Further to your letter and Information Pack dated the 20 June 2013, the Parish Council held an Extraordinary Parish Council meeting on 11 September 2013 regarding the above proposals and in particular the proposal to close Nettleham Library.

At the above meeting the Parish Council unanimously resolved to formally object to Lincolnshire County Council’s proposal to close Nettleham Library in May 2014.  The Parish Council’s reasons for objecting to the proposals are summarised as follows:-
Despite its formal objection the Parish Council nevertheless decided as a fall-back position that it would submit, on a without prejudice basis, an Expression of Interest prior to the 30 September 2013 deadline. 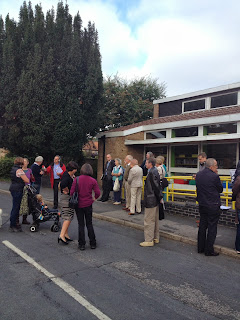 Local residents voiced their concerns over Lincolnshire County Council proposals on BBC Radio Lincolnshire yesterday (24th September) when Melvyn Prior broadcast for 3 hours from outside the library.


You can listen again to 'Melvyn in the Morning' by clicking here.
Posted by Administrator at 07:00