Local people from the Louth and Horncastle constituency have chosen the next Conservative Prospective Parliamentary Candidate for their area in an open primary. 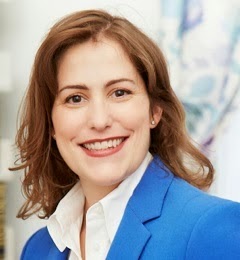 The fresh face of Mrs. Victoria Atkins has emerged triumphant from a hard fought primary battle and will replace long-serving parliamentarian, Sir Peter Tapsell, who is retiring at the 2015 general election.


"I am really excited and feel very honoured to be chosen as the Conservative candidate. I will take it a step at a time and look forward to learning from Sir Peter as well as doing things my own way.

"The three main concerns of local people are housing development, wind farms and flooding and my role is to continue Sir Peter's campaign on these issues and making sure we build on the good work of local councils."

Mrs. Atkins is married to her husband Paul and has a son Monty. She specialises in fraud and criminal regulatory work, with a practice in serious, complex crime.

"We are very happy. All four would have been excellent candidates but Victoria is very good. She has a lot of hard work to do but we are more than confident she will be able to do it."

Posted by Administrator at 07:00